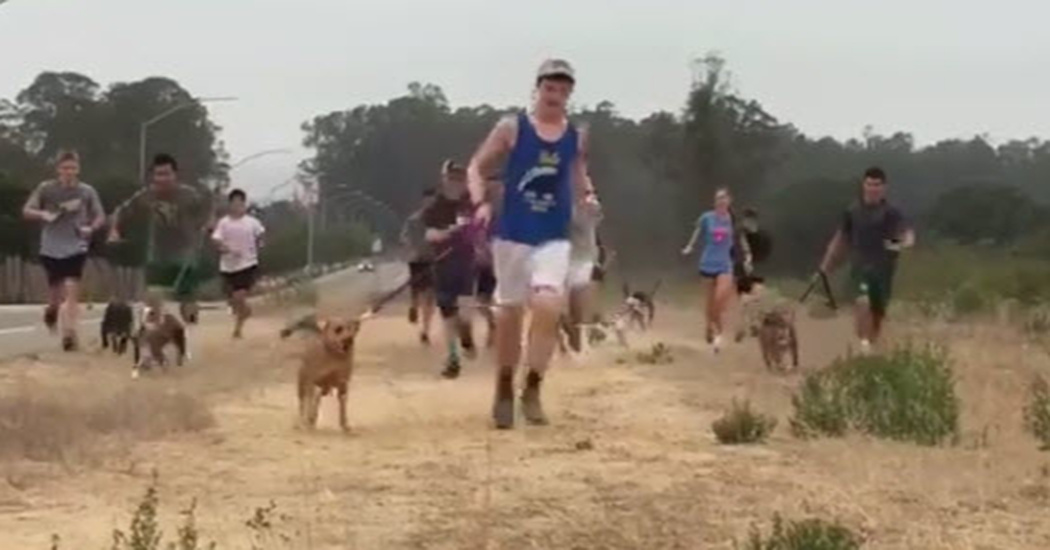 When we take a look at shelter dogs, we often feel very sorry for them and the life that they lead. After all, once they enter into the shelter, it is likely that they are going to spend the rest of their life in that building. They don’t even have the run of the area. In most cases, they are confined to a smaller cage and they will simply continue to live in that cage without any say in the matter. It is a very sad situation, but it is one that plays out in all towns and cities across the United States and many areas around the world.
One of the things that shelter dogs are lacking is some exercise. Even humans need exercise but when the two of them can work together, everyone gets to benefit. That was at the heart of an idea that was put to the cross country team at St. Joseph’s high school. The idea was so fantastic that it has gone viral online and continues to be shared from one person to another. In fact, what you hear about how great their idea is, it may just spark your imagination as well.

The running athletes on the high school cross country team had the fantastic idea of continuing to run but to allow the dogs to accompany them. They went to the shelter and pose the question, why don’t you get the dogs to run with us? It seemed like such a simple solution but it is one that was completely missed by most people today. It was truly a win-win situation. The team won because they were able to run in the mornings more often and they even had the added incentive to do so. The dogs won because they got some well needed fresh air and exercise. 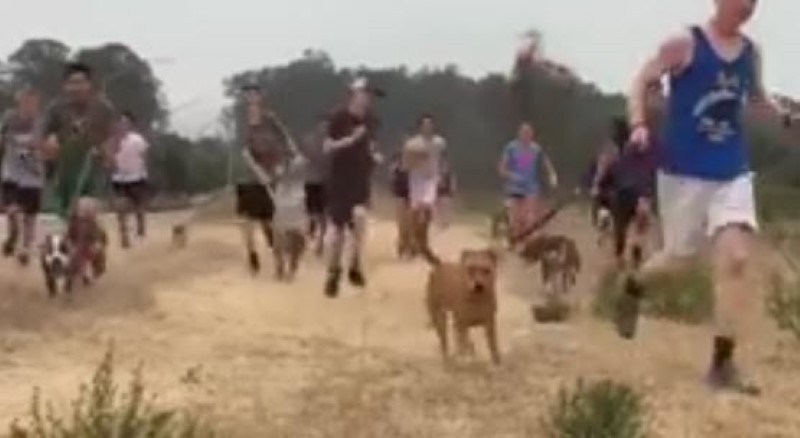 When you look at the dogs running in this picture, what is it that you see? Like most people, you probably see some very happy animals and some high school students that are more than happy to help out as well. Just like humans, there are some dogs that are out in the lead and it just seems as if they were born to run.

Perhaps you have had a dog that enjoys running. When you give them the opportunity to do so, it just seems as if they are off to the races and they never want to stop. We had a dog that did figure eights in the yard for so long that she actually wore a path in the grass. I think some of these dogs would do the same thing!

The coach, Louis Escobar, also had something to say and he posted this on Facebook:

“This morning me and the St. Joseph High School Cross Country Team conducted our workout at the County Animal Shelter in Santa Maria. With the help of Stacy Silva we successfully completed the first ever team Dog Run! Each team member was assigned a dog and we went out for a couple miles around the shelter. I am not sure who was more excited and having the most fun…the dogs or the kids. Either way, it was a great time and I am sure we will do it again sometime soon. Thanks Stacy Silva and Geoff Clinton.”

This is something that needs to really get a foothold in more areas other than at the St. Joseph high school. If this idea goes viral, and it already is going viral, other schools across the country may begin to do the same thing. Imagine all of the happy dogs and happy students that would be out running every morning. It would be good for the dogs and their health but there is another benefit that may come from it as well. Some of the bonding may lead to those dogs getting adopted. 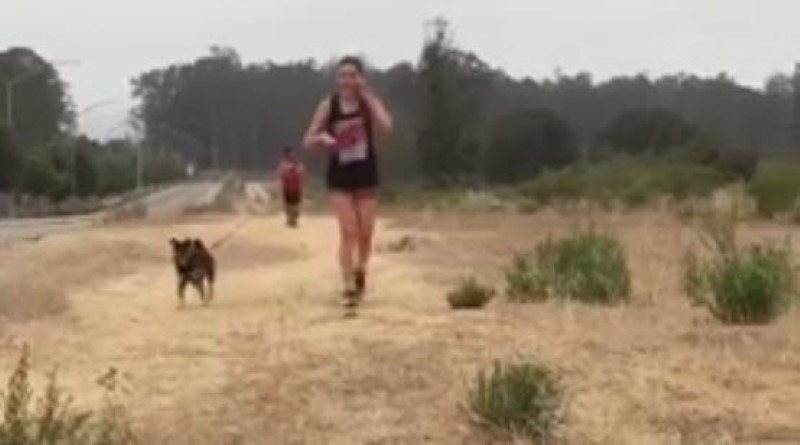 Most of the dogs were able to run happily but this pooch was a little bit tuckered out by the time he reached this part of the run. The cross-country athlete may be in the mood to run fast but the dog is only interested in walking. More than likely, we have felt very similar ourselves at some time in the past. 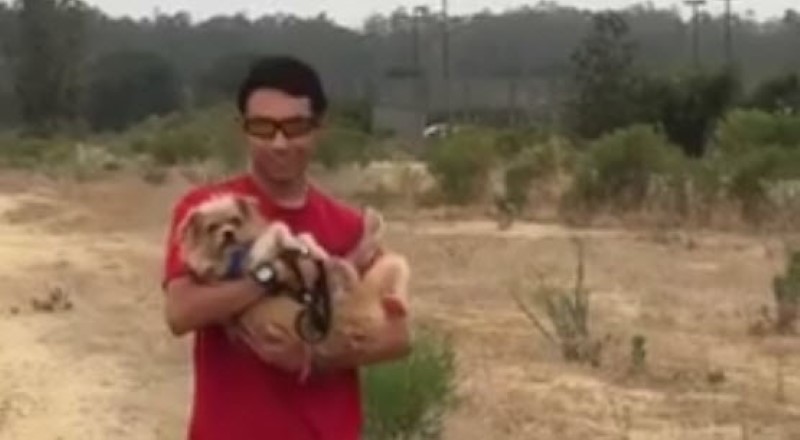 This dog looks like he is being treated quite nicely. Obviously, he got so tired that he didn’t even want to continue walking. Thankfully, he had a cross-country buddy that was willing to pick him up and carry them across the finish line. These two look like they are having a fantastic day but we especially like how comfortable the dog looks. 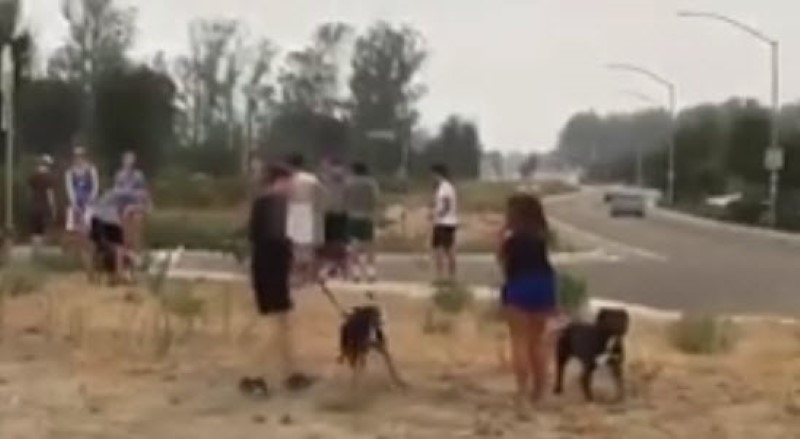 This program is one that can really inspire others. Taking the time to care for animals in a shelter really makes you feel good on the inside. That’s especially true if it is a team effort.